Huawei third largest smartphone manufacturer and primarily known for bringing competition by offering new at a low price. This year Huawei has launched many smartphones in budget price range including Huawei’s Y series and Mate 10 Lite and P20 Lite. In this article, we will review Huawei Y9 2018.

We are going to see one of the Huawei latest smartphone Huawei Y9 (2018), which is a mid-range smartphone.

Huawei Y9 (2018) is made up of aluminum alloy body with smooth furnished rear and edges are well rounded. Volume and power buttons are present on the right side of the smartphone.

On the back side of the phone, dual cameras and dual tone dual-LED flash are present at the top left corner. There is a fingerprint sensor which is at the center of the back of the phone and on Huawei emblem is present which is very close to the bottom.

At the front side of the phone, top bezel contains a dual camera setup, earpiece, and some sensor while bottom bezel includes the Huawei logo.

Huawei Y9 (2018) has Quad camera setup. The rear dual camera setup which has a 13MP primary with aperture f/2.2 and 2MP secondary snapper and dual tone dual-LED flash on the board to provide brightness in low light conditions

The front dual camera setup which has a 16MP primary with aperture f/2.0 and 2MP secondary snapper with features like HDR, panorama, autofocus, touch focus and geotagging.

Portrait mode on the front and back both work fine depend highly on the lights. 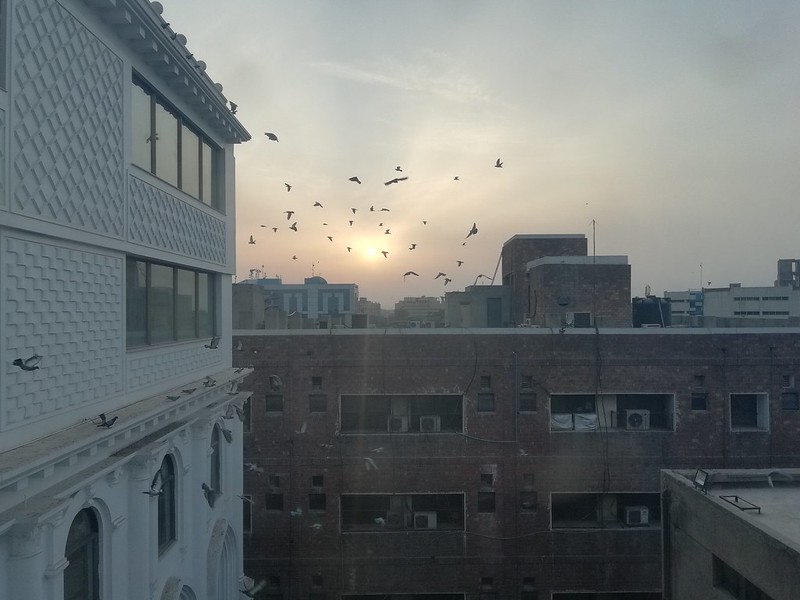 Silicon Kirin 659 chipset is powering Huawei Y9(2018) with Octa-core ARM Cortex-A53 processor clocked at 2.36Ghz, and ARM Mali-T830 MP2 type of GPU is used, which is adequate and runs most mid-level 3D games without any hiccups or issues.

The smartphone has 3GB of RAM with 32GB of internal storage, and there is a microSD card slot which allows memory to expand up to 256GB.

Facial unlocking and fingerprint sensors are available, and other sensors like ambient light sensor, accelerometer, proximity are also present.

Huawei Y9(2018) comes with Android Oreo 8.0 and EMUI 8.0. EMUI 8.0 is Huawei’s simple version of the Android skin. The company claims that this EMUI 8.0 is much lighter than the other home skins. Although there is some lag when shifting through the multitasking view or opening new applications.

There is no wireless charging.

Non-removable Li-Poly 4,000 mAh battery powers the smartphone. Which provides a 2-day battery life but the battery life highly depends on your usage. Even under massive usage, it lasts for 1 day without any worries.

Huawei Y9 (2018) is available in three colors Blue, Black and Gold for just $250. Do share your thoughts about our Huawei Y9 2018 Review in the comment section below.