Microsoft Powerpoint Will Soon Be Able to Translate in Real Time

You can understand the problem of communicating with foreigners or if you have friends living in other countries who speaks different languages you may find it hard to communicate with them in their language.

Thanks to various products like Skype Translator which was introduced to help people from different community communicate with each other easily.

Apparently, Microsoft has taken steps to help people to overcome the language related problem in presentations which are written in different languages as sent from your foreign friends. 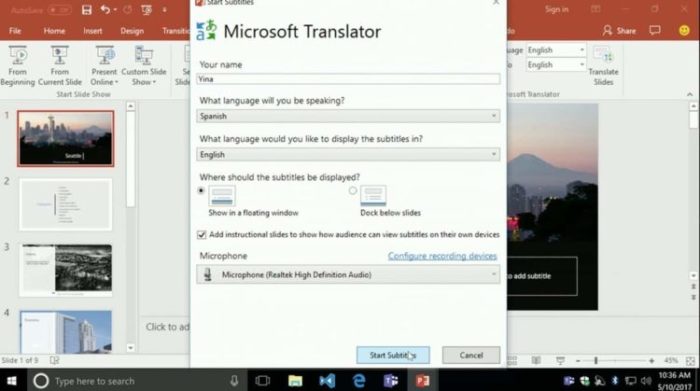 Therefore, Microsoft has also planned to release its PowerPoint add-in called “Presentation Translator”. It will translate your voice or speech in real time, however, you will need an Android, Windows or iOS app for it.

The translator also produces a link that allows the viewers to see text translated in their own language. It supports more than 60 languages and has the ability to translate all of your slides.

Microsoft is also testing its new tool at their Garage site. If you want to sign up for using Garage then click here and fill out a survey and then work with the new tools.